The Results From New Hampshire Are In

Yesterday we got to see a much less confusing election result than what we saw with Iowa. New Hampshire voters got the opportunity to cast their ballots and it appears to be a win for the Bernie Sanders campaign. We also lost both Michael Bennett and Andrew Yang from the field.

However, unless my eyes deceive me, Buttigieg still carries a slim lead on delegates (this was written with about 20% of precincts left to count). The delegate count after New Hampshire is:

Here is a quick take on where each candidate stands after New Hampshire:

Pete Buttigieg- In my post about Iowa, I questioned whether or not a candidate would get a bump from Iowa. Buttigieg clearly got a big bump from his strong showing in Iowa. He is looking strong at this point and appears to lead in delegates. I consider this an especially strong showing for Buttigieg because New Hampshire neighbors Vermont (Sanders hails from Vermont). 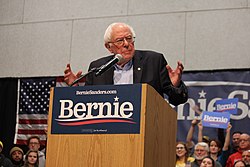 Bernie Sanders- Bernie had a strong night but not as strong as some people might think. He had a very convincing victory in 2016 over Hillary by over 20%. The fact that he got just over 25% of the vote last night and squeaked out a victory, not a great sign.

Elizabeth Warren- She is falling fast. If she does not have a strong showing in Nevada, it could be over for her.

Amy Klobuchar- She might have had the best night of any candidate. Her rise into the top three is at a great time for her. If she has a strong showing in Nevada it could breathe life into her campaign going into Super Tuesday.

Joe Biden- This was another bad night for the former Vice President. Unless something change, he is toast.

On to Nevada on February 22nd.