The 49th Assembly District falls entirely within the boundaries of Los Angeles County. Ed Chau (D) is the incumbent in this race. Chau first won the seat in 2012, right after the new districts were drawn. 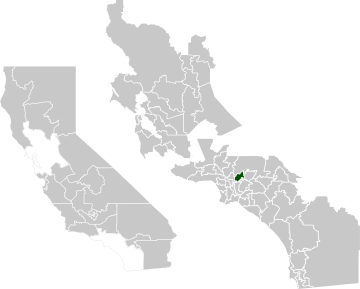 In 2018 we saw a match-up between Republican Burton Brink and the incumbent, Ed Chau. Here are the result for the June 2018 race:

In 2020 we saw Brink run again for the seat along with two challengers from the left. Here are the March 2020 results:

We will now see a re-match between Ed Chau (D) and Burton Brink (R). Chau is the elected incumbent and Brink is a retired LA County Sheriff Sergeant.

Brink is about a strong of a candidate as the Republicans can run in this race but the metrics are just not there to flip the seat. I predict that Ed Chau will win in November.