The 75th Assembly District falls within the boundaries of Riverside and San Diego County. Marie Waldron (R) is the incumbent in this race. Waldron has held the seat since 2012. 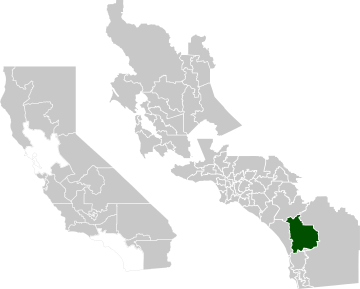 Waldron faced minimal opposition in 2018. Here are the result for the June 2018 race:

With Waldron in place as Assembly Minority Leader, she drew two Democrat opponents in 2020. Here are the March 2020 results:

126,532 ballots were cast in this race. Turnout was higher as we have seen across the board.

We will now see a matchup between Marie Waldron (R) and Karen Schwartz (D). Waldron is the elected incumbent and Schwartz works in the healthcare industry.

Registration and resources make this race a one-sided affair. I predict that Marie Waldron will win in November.